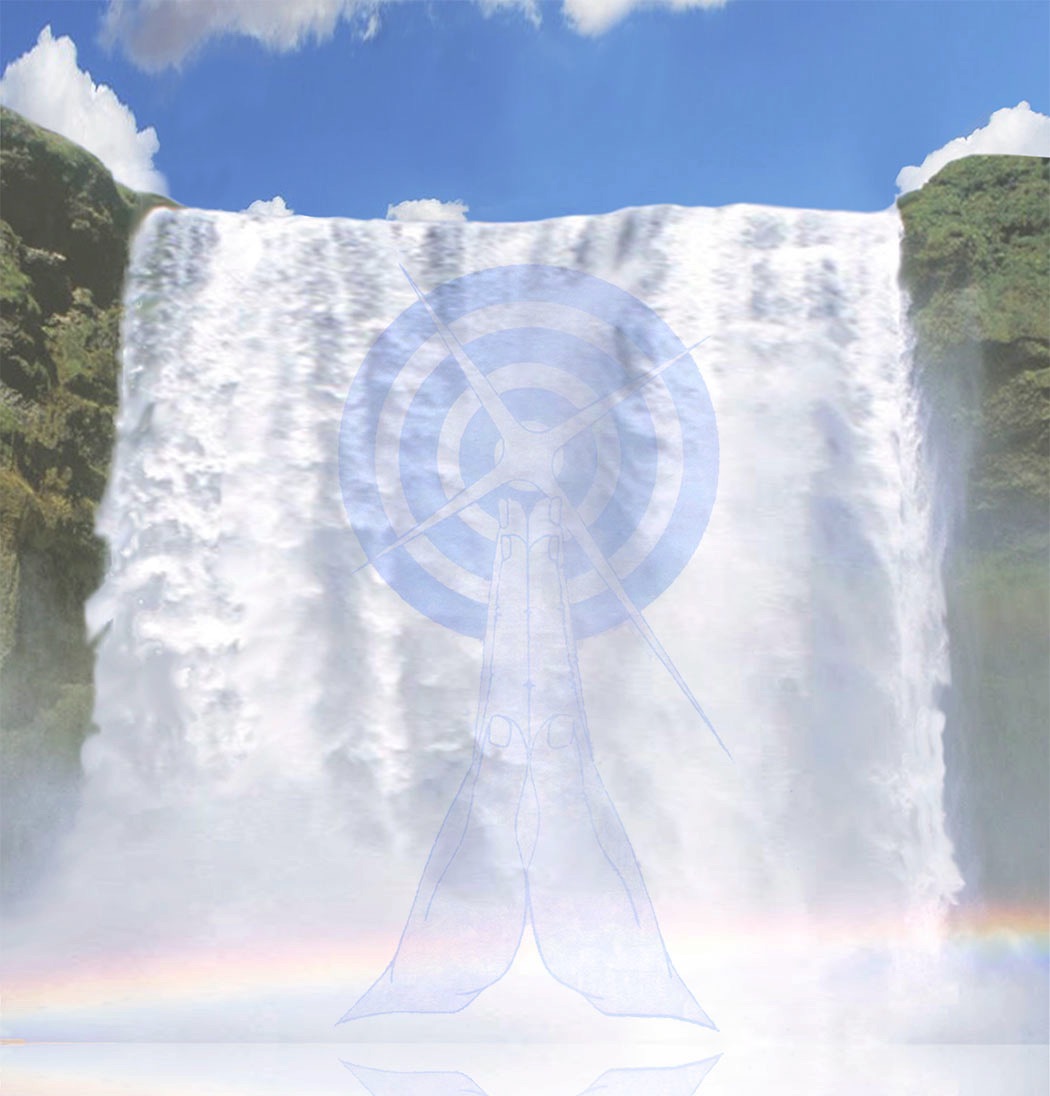 The Urantia Book, published in 1955, explains the cosmology of the Universe, the ascension plan for mortals in the time and space worlds and the true story of the Jesus incarnation. It was presented by various authors in the spiritual hierarchy and our United Midwayers, who share the planet. Click on the book graphic to open a pdf file of the book. 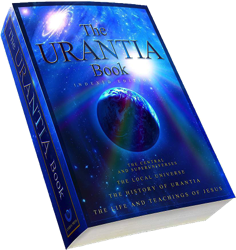 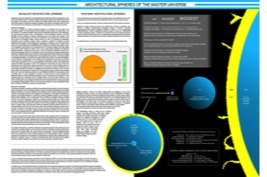 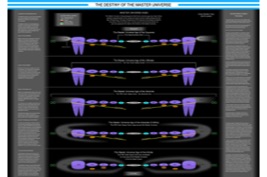 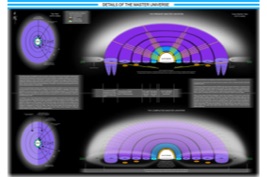 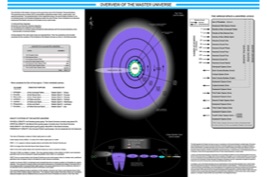 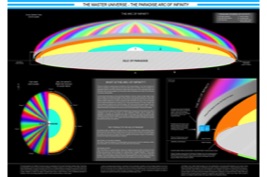 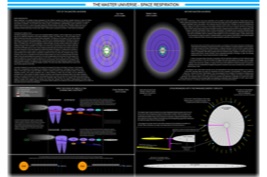 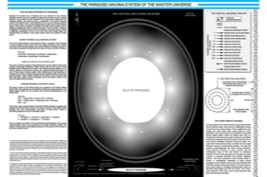 Architectural Spheres of the Mater Universe

The Destiny of the Master Universe

Details of the Mater Universe

Overview of the Master Universe

The Paradise Arc of Infinity

The Paradise-Havona System of the Master Universe

From the 2,196 pages of the Urantia Book, Robert Sarmast has written and developed a significant document that synthesizes much of the book's advice. Thanks to Paula Thompson at the Urantia Fellowship for sharing, and thanks to Robert for this exemplary work. Well-known and respected in the Urantia movement, Robert has led two research expeditions into the Mediterranean Sea in search of the second Garden of Eden; a third expedition is being planned if donations can support it. Urantia Philosophy of Living PDF

URANTIA history includes a dynamic relationship with Vern Grimsley, a global radio personality and orator, who established the Spiritual Renaissance Institute in Clayton, CA, with a strong Urantia-based Jesus message. Here is a document relating to his broadcasts and lectures. (7)

Grimsley was strongly attacked in 1983-84 by a clique within Urantia for receiving ‘messages’ related to a possible nuclear strike. The threat was actually real. This was said to be a threat to the image of Urantia as a ‘doomsday cult’ inflicted by New Age fantasy. He was also accused of bootlegging the book by not mentioning it in his Jesus of Urantia sermons. Turrmoil ensued within the Family of God volunteers at the Institute and it eventually dissolved. Here in 1984, Grimsley explains his support of the “no publicity” Urantia policy to explain why the book itself was not touted from the podium. (2)

A letter from Grimsley to Clyde Bedell in November, 1984, explaining the realities around the messages controversy over the past year. (3)

Vern celebrates his many years with the Global Broadcasting Network in 1989. (4) He preached the values of the Urantia Book throughout his career.

The GALILEAN, an essay from Vern in 1993, on the incarnation of Jesus on our planet, shared with Mo Seigel, a Urantia Foundation trustee and founder of Celestial Seasonings Tea. Mo supported Vern in Boulder, CO, and once noted that there was room for all residents in their civil defense shelters. (5)

The Urantia Book and the Principles of Practical Psychology, an academic paper. (6)

Consideration of Some Criticisms of the Urantia Book, by Bill Sadler

Bill Sadler Jr. answers criticisms of the Urantia Book, one by one, in 1958, three years after publication. Includes the book's 74 previously-unknown revelations.

Introduction to The Sherman Diaries

Square Circles publishing introduces the final volume of The Sherman Diaries. Visit the site also for a host of new, illuminating historic documents from the first decade of the Urantia Book's publication. 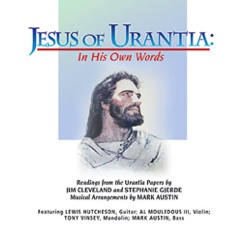 JESUS OF URANTIA: In His Own Words Readings from the Jesus papers of the Urantia Book by Jim Cleveland and Stephanie Gjerde, Interwoven musical tracks with bass, mandolin, and violin by Mark Austin and friends.

The Urantia Papers comprise some 2,100 pages of epochal revelation that synthesizes science, philosophy and religion on our planet of Urantia. It elaborately describes the nature of God, the universe of universes and our roles as ascending mortals of time and space in a grand design of education and ascension.

These papers are published by both the Urantia Foundation and the Urantia Fellowship and the original text is downloadable at www.lightandlife.com.

Having studied these papers for many years, Mark and I are particularly inspired by part iv, which re-states the incarnation of Jesus on our planet and presents an enlightened and expanded Jesusonian message that reflects the Universal Father's Be Ye Perfect plan.

Here, I've attempted to provide a bare overview of the Jesus mission and some of his key messages relating to mankind's most frequent spiritual questions. All passages are direct quotes from Jesus in the Urantia Papers. I am joined by the beautiful narrations of Stephanie Gjerde of Austin, TX.

To my efforts, Mark has composed and added two joyful suites of instrumental music with an all-star combo of Dallas musicians on guitar, violin, mandolin and congas.

We hope you'll enjoy and be inspired by the incredible life of Jesus and his cosmic wisdom, and will be encouraged to read  The Urantia Book, to visit us at www.lightandlife.com, and enjoy your own "Exploration of the Spiritual Universe."

For a huge treasure trove of Urantia Book secondary materials, visit www.squarecircles.com. Saskia Raevouri and Matthew Block have recently compiled and published nine chapters of historic documents from the early years of Urantia history that can be downloaded. From this document trove, readers can watch the entire history unfold. This comprehensive research will answer many questions about the history... and maybe open up some issues and insights and interwoven personality issues we haven't considered. Learn and enjoy. 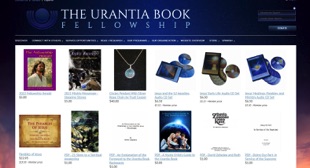 Publications Are On Our Website Now by Geoff Theiss

Fellowship publications exist to deepen appreciation of the teachings ofThe Urantia Book, to celebrate unique creativity, and to connect the community to the The Urantia Book Fellowship’s vision of promoting spiritual transformation by sharing a revelation of living truth.

For those who have missed either of our 2022 print editions, the following magazines can now be purchased on our website while supplies last:

• The Fellowship Herald: Summer 2022, a magazine featuring the incredible scholarship within the community 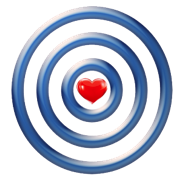 NEW IN THE URANTIA SUITE: Link in here to a bevy of Urantia Book-inspired artists — in Art, Music and Literature. A network assembled by music starts Pato Banton and Antoinette Hall.

New in the Urantia Book Suite: Revelations and Prayers — a Guide for Jesusonian Service Through Worship by Bruce Jackson offers 37 supplementary services on single topics from the Urantia Book. Included are human teachings, Biblical references, and prayers to encourage worship. This more flexible guide is designed to be an ongoing resource for a creative worship development.

URANTIA BOOK history and facts, an independent website managed by Halbert Katzen, has a treasure trove of thoughtful and illuminating material about the Revelation.